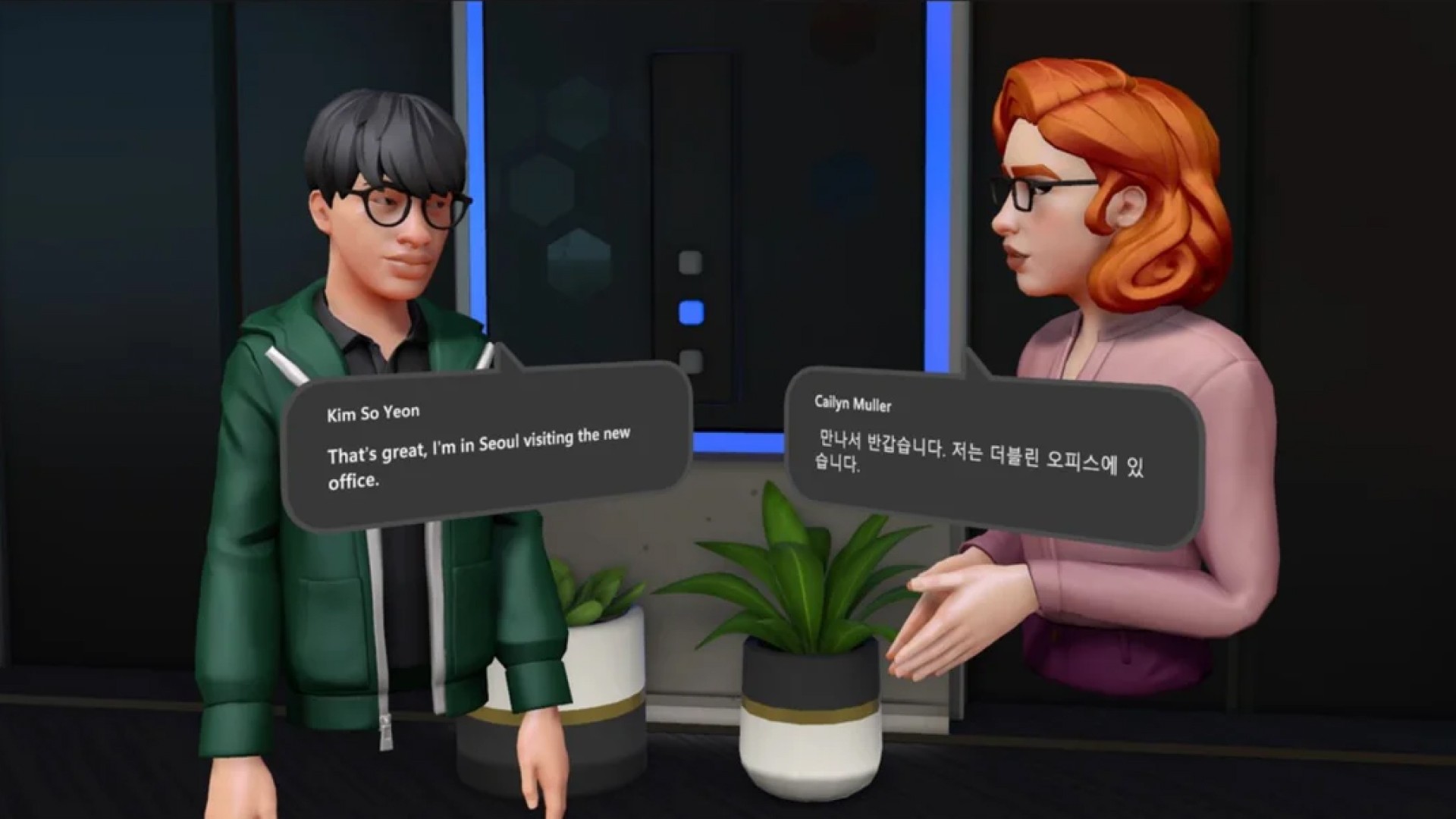 This time it was really hard not to be overloaded by the metaverses announced by multiple tech vendors and even … a country. So let’s start with that and follow up with some very good NLP news, serverless news, and even more Microsoft news.

Microsoft is expected to be more successful in the enterprise applications of the metaverse concept than Facebook, which was one of the highlights of Update 012.

Facebook has Quest devices, and an entire gaming and experience ecosystem, but it does not have any real impact on enterprises, their CIOs and CTOs, and the billions of users of their productivity tools including Microsoft 365, Power apps, Power BI and the entire Azure cloud.

Now Microsoft has announced that they will release Mesh for Teams in 2022.

It will allow people from different physical locations to connect and attend conferences in 3D in virtual rooms as avatars, to talk, discuss things, or work on the shared documents. Avatars are just for starters. In the future, people will be able to appear as holograms; Star Wars anyone? 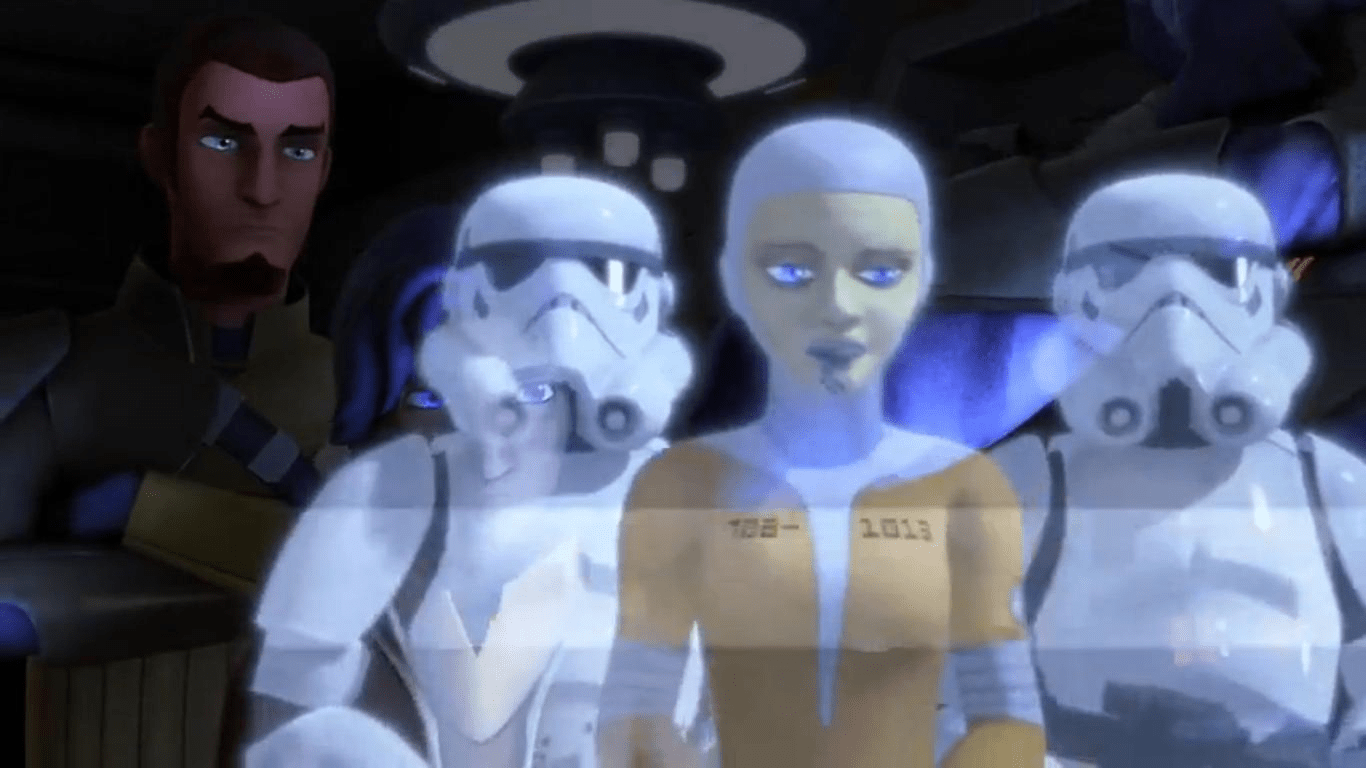 No, their presence in AR is much more advanced and present in the enterprise world than anything from Facebook will probably ever be.

Microsoft also defined an advanced technology stack for their metaverse which includes Microsoft Mesh & HoloLens, Power Platform, Azure AI, Azure Synapse, Azure Maps, Azure Digital Twins, and Azure IoT. The experiences are to be both cloud and edge-based, using multiple devices and sensors, but also creating digital twins of the users and their physical locations. 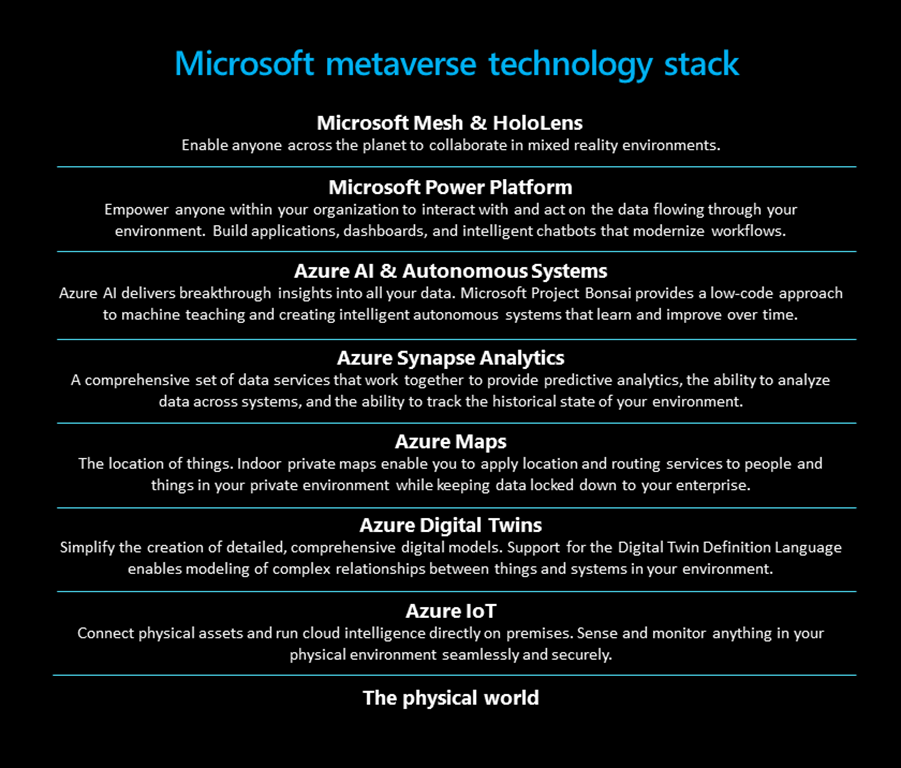 NVidia, the famous chip designer, and the manufacturer are much more than graphic cards (so hard to get) for PC gamers, but they are also a very powerful AI company with their dedicated hardware, software (CUDA), and advanced AI algorithms.

Now, they’ve announced their own version of metaverse that competes with other metaverses. 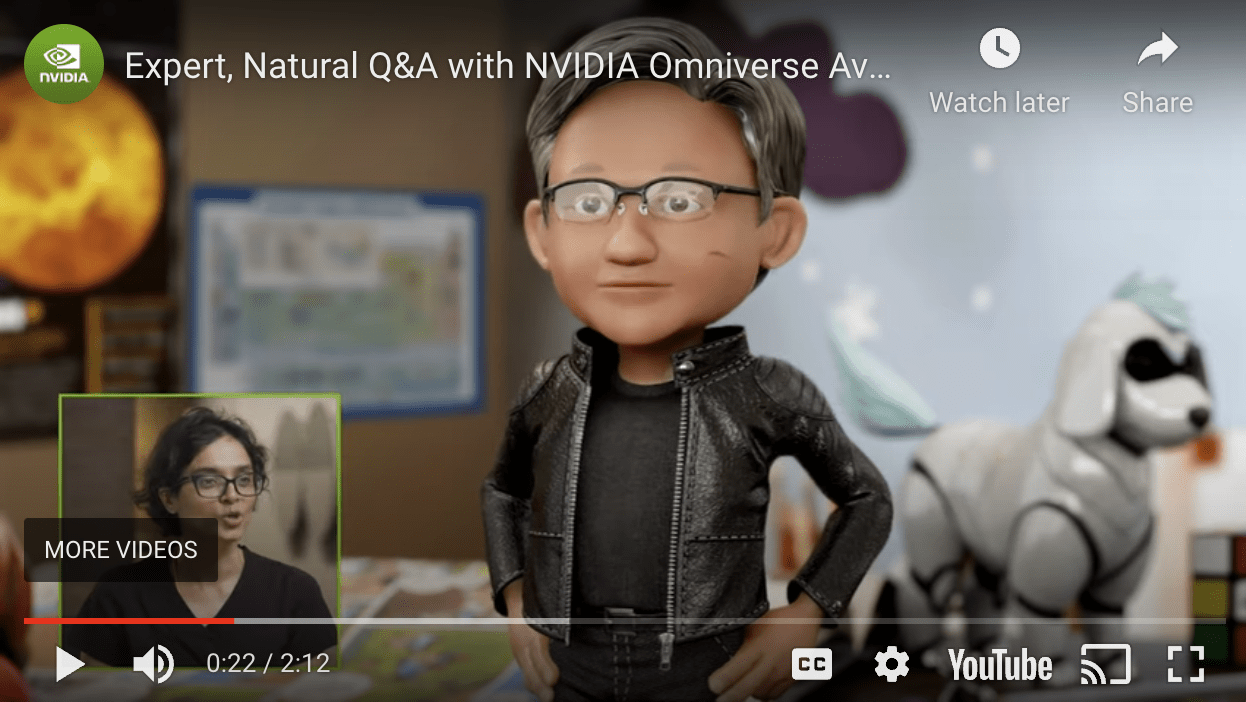 Avatar of NVidia’s CEO during the presentation.

More and more architects, software engineers, and DevOps are embracing the serverless paradigm. Serverless’ popularity has finally taken off and its usage tripled in the last year.

Serverless is the true spirit of the cloud, however, its adoption was limited by the fact that it means a deep vendor lock-in for the particular cloud vendor.

KNative is one of the attempts to deliver a similar developer experience for cloud-native architectures, which is the most popular nowadays, in the times of hybrid cloud and Kubernetes.

Now (and I have to use the word finally) it has reached the 1.0 version, which means it is production-ready. It allows hybrid cloud developers to gain from serverless benefits without the risk of cloud vendor lock, but at the same time with the additional maintenance cost of managing their own serverless architecture.

I see it also as a great opportunity for smaller cloud providers to deliver serverless services on top of their infrastructures using common APIs (KNative). This enables serverless benefits without the need for maintaining local infrastructures and the (relatively) easy moving of workloads to other KNative providers thus reducing operational risks.

Now, after a long wait, they have allowed access to the GPT-3 engine. They were (in)famous for their waiting list, in which most of the users haven’t been granted access . . . ever.

Now, their APIs are open for all users. There’s a free tier, which is limited to small “personal” experimentations, and the paid tier for more serious POCs or real-world applications. 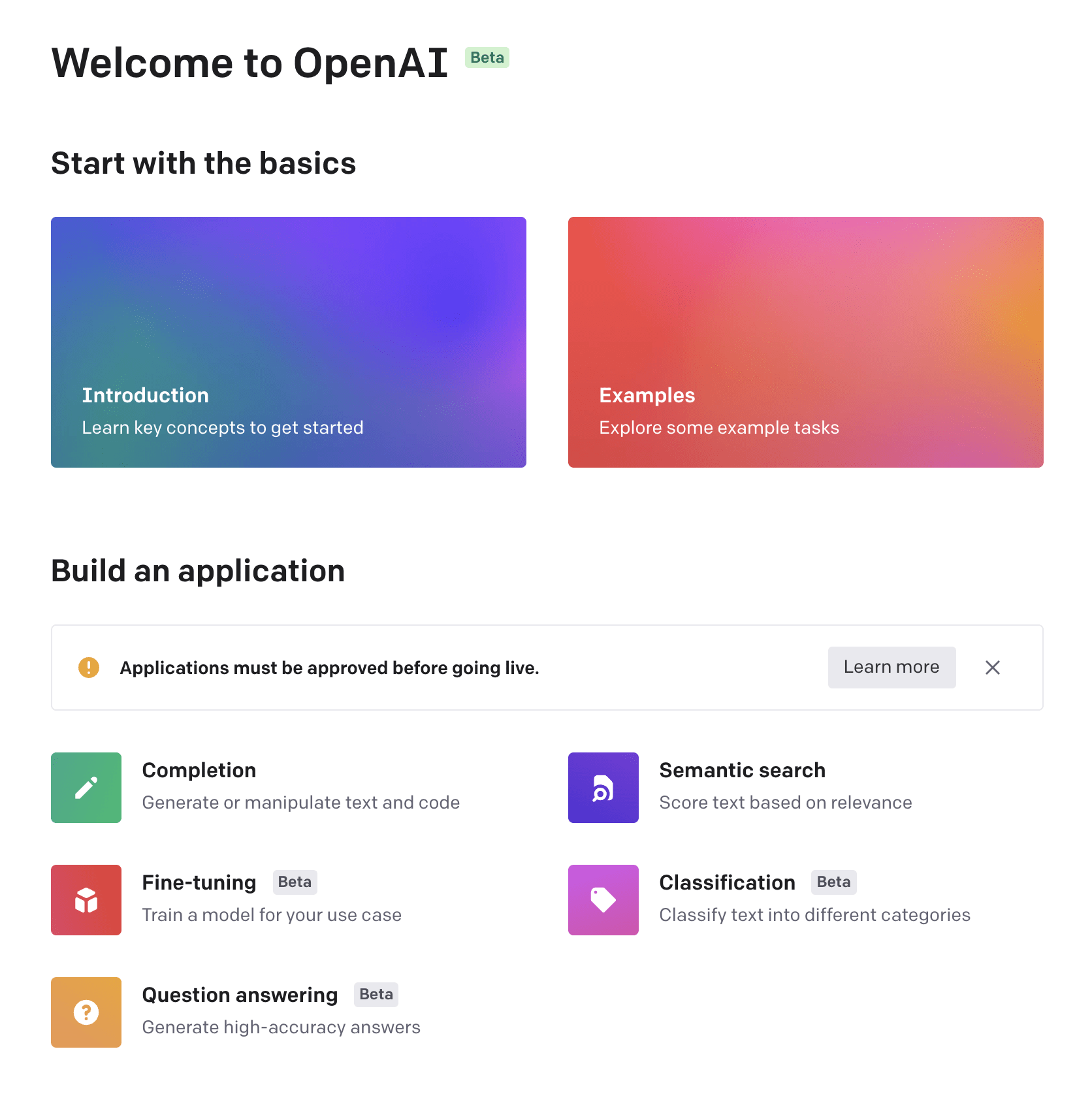 Speaking/writing of Microsoft and Open AI, now their AI services are available in the Azure ecosystem from Microsoft.

What has been added on top is role-based access (RBAC) which is so well suited for enterprise customers and scenarios, with all the responsible AI features.

Simple rest APIs running on the Azure infrastructure are hiding all the complexities and deployment details of huge language models, including, naturally, GPT-3. 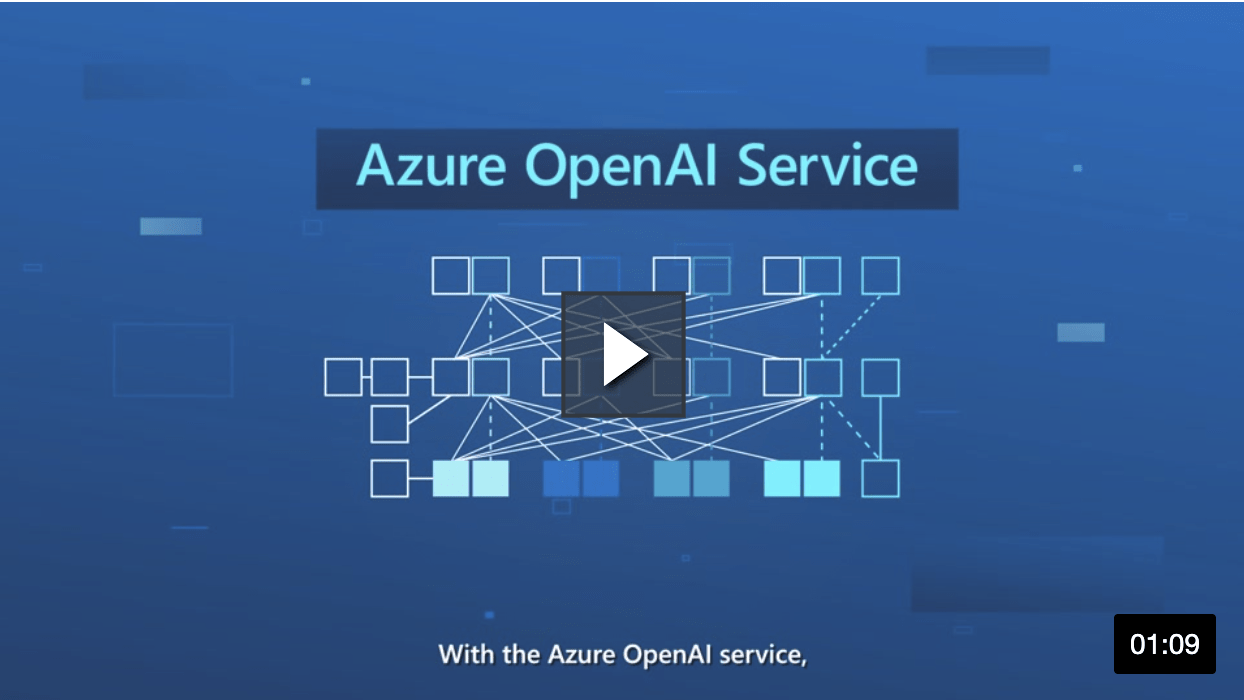 Visual Studio and C# are the duos powering millions of developers worldwide in their efforts to design, create and deploy enterprise applications. The new AI assistant, called IntelliCode, will augment heavy tasks such as looking up the solution on stack overflow and pasting it without leaving IDE. On a more serious note, it’s nice to see another mainstream of AI augmenting the developer’s job. The quicker it learns, the sooner the inevitable will happen.

Visual Studio is a 64-bit application now, which allows it to access more memory and justifies buying laptops with 64 Gigs of RAM or more. Back to being serious, again, it allows more speed and it builds larger solutions.

A very welcome new feature is Hot Reload which enables developers to see changes immediately after they modified their C# or C++ code.

For those sleeping under a rock for the last few years, Alphabet is the owner company of Google. Besides Google, they also create interesting innovations in their other companies.

The new Alphabet company is called Isomorphic Labs and is focused on the AI-first based approach to drug discovery, which models the foundations of living matter and organisms all by understanding how they work. It is supposed to be much more than AlphaFold2, which won the protein folding challenge.

Their approach is radically different from the traditional drug discovery techniques and traditions. They are starting at the atomic molecular level with their powerful iterations of the Deep Mind AI engine.

Should pharmaceutical companies be worried about this?

They already invest a lot of money and effort in computational drug discovery by combining modern technologies and algorithms with their vast experience, along with oceans of lab data from millions of clinical trials and in-house experts.

This news is being perceived by them as another motivational factor for them to move faster with their ambitious AI initiatives for drug discovery.

Quantum computing is rising fast, but it has a long way to go to be a viable alternative to our binary computers.

Many quantum equivalents of classical algorithms require much more than 20 QBits which can be emulated relatively easily and some of them require (probably) hundreds, thousands, and even millions of stable Qubits to be a viable alternative or more.

Crossing another boundary of 127 Qubits is very welcome news. It’s another big step towards a quantum future, but there’s still a long way to go.

What is misleading in a lot of news about this success, is omitting the fact that Qubits are not the only way to measure progress, as there are other important factors, such as how long those QBits can be entangled and how much noise is there turning useful results into unuseful randomness.

To use a simpler analogy, the quality of photos that used to be measured in megapixels, however, now we all know as portable camera users (smartphones), that this does not say too much about the real perceived image quality.

The good news for everyone involved is that the spending growth is expected to double by 2025, compared to 2020. The overall spending, according to IDC.com, is expected to reach $2.8 trillion.

How? By whom? On which services and products? Only time will tell, but our advice is always to spend wisely and with the right technology partner.

And last, but not the least metaverse announcement

This is the one that I personally visited and experienced. There weren’t so many users in those beautiful vast spaces, and it often looked as if I was visiting another planet.

This used to be called Iceland, but now it has been renamed Icelandverse. 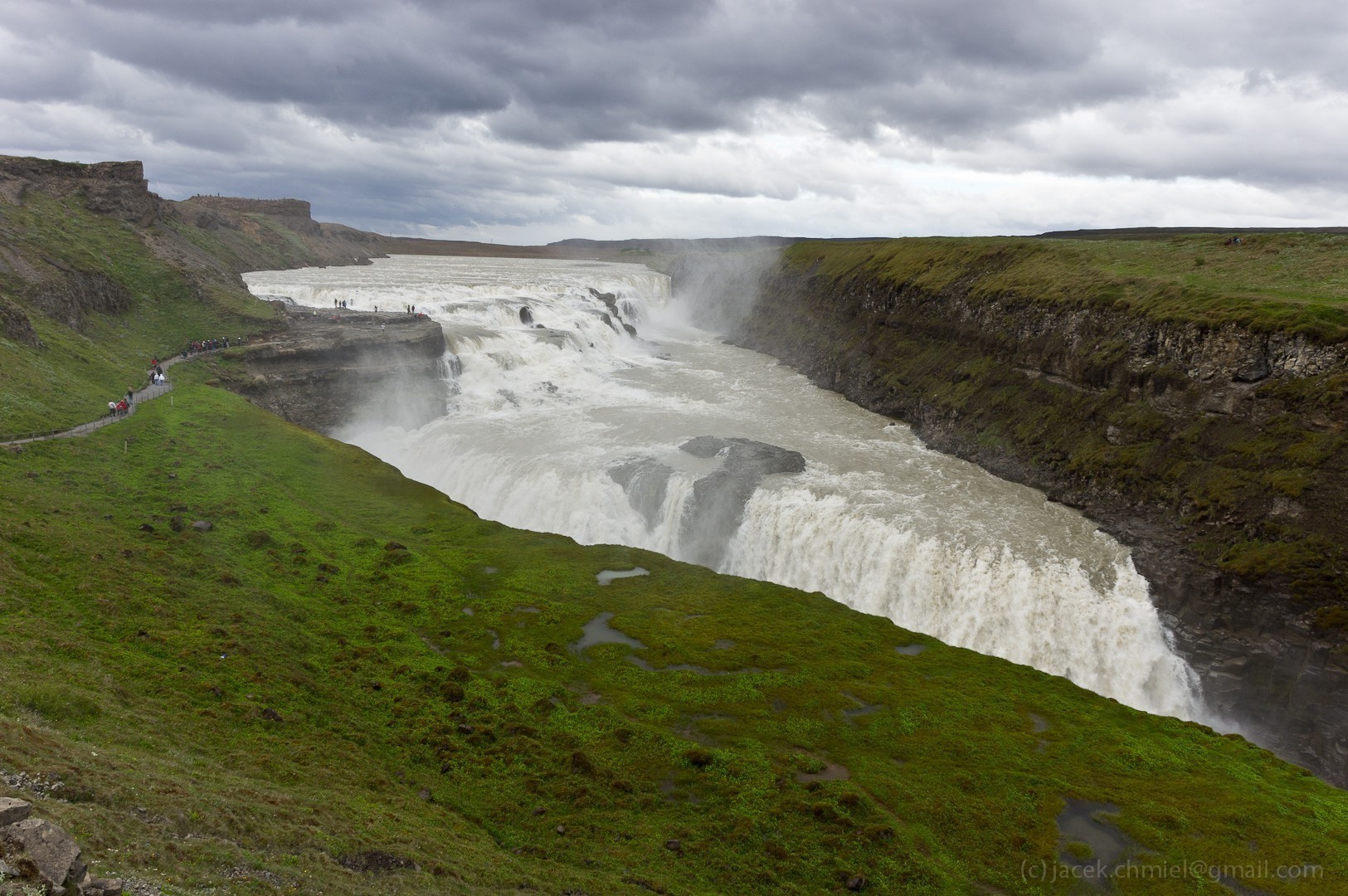 I admire the smart move from the Iceland tourist office to use metaverse hype to promote their beautiful and amazing country. They mocked Facebook’s announcement of Metaverse in a very clever and intelligent way.

I don’t expect more metaverses next time but I “never say never”. The vision of a 3D alternative world was explored before, but those attempts gained limited traction, and now there is more proliferation of better internet connectivity, lighter and more powerful headsets, and built-in support for AR in smartphones. It will take 5-10 years, but some of the promised options are available even today on the Oculus platform.

Access to more powerful NLP engines is probably the most important point for current enterprises’ needs.

KNative is also interesting and actionable news that takes advantage of the ‘tomorrow’ in the cloud-native hybrid clouds of today’s enterprises.