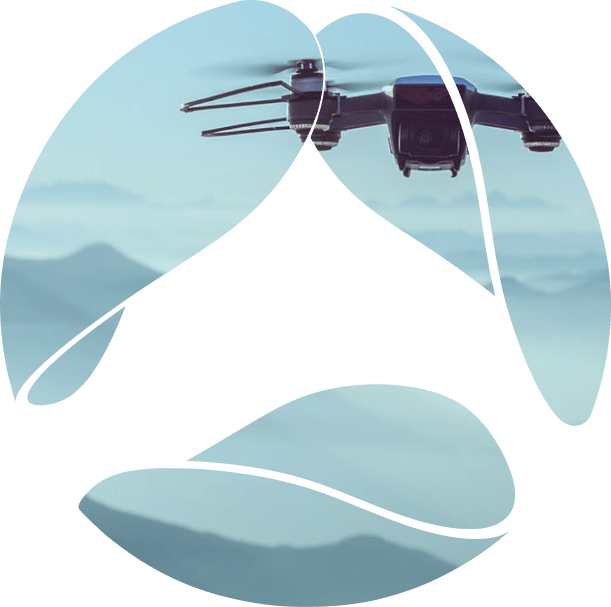 This time two big events (Google IO and Microsoft Build) have created a huge newstream that’s tough to handle, even for Avenga Labs.

But, let me start with something even more groundbreaking.

When we read about the autonomy of AI, it is usually associated with another controversy or success story that’s related to autonomous cars.

However, recently there’s been a significant breakthrough in drone AI technology, as the drones produced by Exyn have reached level 4 of autonomy.

What are those levels and why is it so significant?

Levels of autonomy from 0 to 2 mean that the human pilot flies and operates the drone with various degrees of help from AI (for example, vertical and horizontal stabilization of the drone, warning about obstacles, sensing the walls, etc.).

Level 3 means the operator sets the points of interest and is ready to fly (take over) at any time; it’s called conditional autonomy.

Level 4, high autonomy, means the human operator is not flying the system at all and the system determines its own points of interest within the restricted area. The operator sets the volume (3D space) within which the drone is allowed to explore and the rest is done by the drone, without any kind of communication with the operator; all by itself using its advanced sensors and AI to make the decision where to fly and how to fly. The example shown by Exyn demonstrates a drone exploring a dark cave beyond the visual and radio range of the operator, scanning and recording the environment by itself.

Level 4 is considered more than enough to significantly decrease the cost of oversight of the drones, the number of operators, and the cost of overall maintenance thus greatly improving the business efficiency of drone deployments.

There’s also a level 5, which according to analysts will take tens of years to achieve.  It is the full autonomy of the drone and the operator just specifies targets, such as “find the entrance to the cave” without specifying the coordinates, etc.

What’s new in ML at Google?

One of the recent key news events is related to Google’s announcement of what is new in their machine learning (ML) tools.

Tensorflow is now an entire ecosystem for Machine Learning, which is one of the most popular environments in the world for machine learning.

It started as a limited library years ago, but right now it is the entire tool chain and set of libraries, including lower level and higher level APIs (Keras) that address the needs for every workload, from the very simple to the most complex.

The current ecosystem consists of:

Google is also focused on Keras and its high level framework which enables developers to use simple APIs for machine learning. With only a few lines of Python code, the entirety of the ML pipelines are created, which makes it simpler to create, understand and maintain. However, simplicity doesn’t mean that it cannot be successfully used to create more complex scenarios using GANs for instance.

→ Our take on Generative AI, the creative AI of the future.

This is the tool that was created to help data scientists understand the data. It also helps to spot inconsistencies and biases in the data.

Data scientists are enabled by TensorFlow Cloud to quickly scale the training environment using the power of the cloud. In particular, it facilitates using multiple distributed nodes and GPUs/TPUs to parallelize and greatly accelerate the training process.

This tool helps developers to automate the training of models. The models can be trained on different data sets and/or parameters and then executed in the browser (JS) or on devices.

The aim of these tools is to help data scientists optimize the models; for instance, a tradeoff between model size and accuracy.

Edge AI is on the rise with the increasing computational power of devices and their adoption.

→ More about Trends in edge AI

TensorFlow Lite is used on more than 4 billion devices, but for smaller devices such as programmable controllers there’s Tensorflow Micro.

TensorFlow Lite will not only execute ML models on a device but soon it will also be able to train models on the device.

TFLite models can now be executed in the web browser via WebAssembly.

A focus on responsible AI (which is even more than Explainable AI) is not just a declaration or a promise.

The Know Your Data tool is one of the key products that helps someone to understand data and detect biases.

Fairness Indicators (FI) are provided to enable an ongoing evaluation of fairness concerns.

Tensorflow Extended is an open source production package that is ready for enterprises and focuses on stability, security upgrades, compatibility and reliability for production deployment of ML pipelines. This is the first release of the tool.

Toolset was created to accelerate the MLOps adoption, as it provides reusable ML pipelines for Kubeflow and TensorFlow using a serverless paradigm for flexible scalability.

→ Read more about DataOps – more than DevOps for data

The end of the end of Internet Explorer!

Finally after 25 years, the infamous browser will end its life in the middle of 2022. Microsoft announced it will stop supporting the browser. Microsoft, despite heavily albeit unsuccessfully promoting their Edge browser, and later Edge Chromium, did not abandon IE and has provided regular security updates and fixes for the browser.

Enterprises are still using IE and it’s the final call for them to move on to modern browsers such as Edge Chromium, Google Chrome or Firefox.

The biggest problem that will need solving is expected to be in autonomous kiosks and industrial devices, which may use Internet Explorer or its engine in their UI applications.

In other news, Microsoft Edge is promised to be the fastest performing browser on Windows platform, starting from version 91.

We recently and finally said goodbye to the infamous Adobe Flash technology. It’s so good to see another nightmare of developers, administrators and users going away, for good this time. Goodbye Internet Explorer, we won’t miss you!

→ We have already analyzed Browser wars in our article 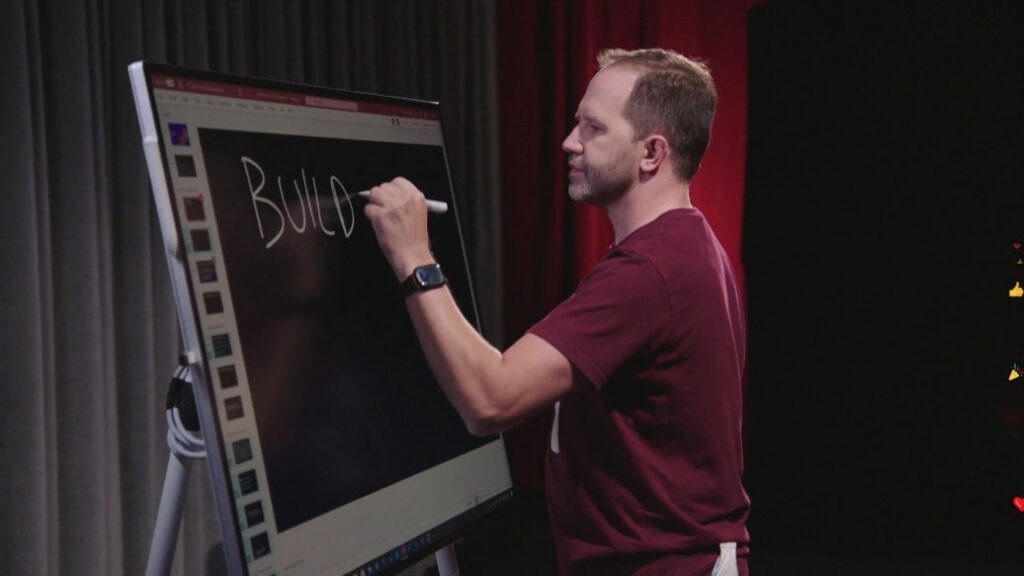 With IE finally behind us, literally and figuratively, let’s focus on what new things are coming from Microsoft for the enterprise.

Of course, the choice of the greatest hits is always subjective, but let’s find out what the top announcements from the Redmond giant are.

What? Shouldn’t it be the other way around? Running Kubernetes clusters in an Azure cloud seems to be more natural to read, but here is the news. More and more Azure services can be deployed in Kubernetes clusters both on premise and in the Azure cloud. They include App Service, Functions, Logic Apps, API Management and Event Grid. So a local Azure-like environment is even easier to create than before. This is the true spirit of a hybrid cloud, blurring the boundaries between public cloud services and on-prem.

It was less than one year ago when Avenga Labs conducted an interview with the GPT-3 engine which came as a shock at that time.

Almost all the existing products and services were updated with new features and improvements, but let’s focus on what is new product-wise.

Azure Metrics Advisor – a new tool to analyze time-series data that uses ML to find anomalies from sensors and other metrics; all to provide diagnostics insights for business.

Multiple improvements have been added to Azure Synapse and Azure Cosmos DB (including support for serveless mode).

Azure Machine Learning endpoints (soon to be available) are already used at scale to serve the OpenAI GPT-3 model in Microsoft Power Apps.

PyTorch Enterprise will be available on Azure with Microsoft support, hotfixes, bug fixes and security patches. It is an enterprise ready environment for the PyTorch ecosystem.

The pattern is obvious here – Google provides the equivalent of that for their own Tensorflow and Microsoft stands behind the PyTorch ecosystem and supports it.

Verdict: when there’s competition, the customers are the winners.

We’ve gotten used to this type of news from the new Microsoft, which in the past was always commented with the obligatory term “hell has frozen over”.

Microsoft Build of OpenJDS is a LTS (long-term support) version of OpenJDK both for desktop and server environments.

To prove the stability of this distribution, Microsoft shows us examples of services such as LinkedIn, Minecraft and Yammer.

Azure Functions already have a great feature which is called Durable Functions and now they can be written in PowerShell.

Azure Bicep is a new open source language for the infrastructure as code deployments of Azure resources.

→ Explore Everything as code, the times of total automation.

Microsoft DotNet will also be available natively on a new family of Apple computers with their arm-based M1 processors.

This period was really packed with numerous great announcements from Google and Microsoft, with both of the giants improving all their products and services including machine learning. How strong their technological prowess and delivery capability are is quite fascinating. However, this is realistically to be expected.

What is probably the most important note is the fact that drones reached a major breakthrough in their autonomy by reaching another level, along with another breakthrough towards the full automation of air travel and delivery.

Keep an eye out for more enterprise tech news with Avenga.