The dream of autonomous cars, well… is a dream, again

Multiple sources have reported the fact, that had been previously known to a niche group of experts. We may have to wait for autonomous cars for decades; some even claim it is something that will come into fruition but only for the next generations.

Driving is much more difficult for machines than anticipated, despite the millions of miles driven by autonomous vehicles along with improved algorithms and processing power.  The goal seems to be escaping further and further away into the future. Some say the 2070s and some even say the next century.

Even Elon Musk, a great entrepreneur and technology enthusiast, seems to be losing hope.

Even though AI is making advancements on a regular basis, there’s a problem with trust. Drivers do not trust AI driven cars, especially in a mixed human-machine environment.

One of the key questions is also why all the scientists and futurologists were so wrong about the date (for instance 2018)? My answer to that is that it’s not the first time that they have done that, nor will it be the last time. Historically, predicting the future is full of disappointments. For instance, nobody would have guessed one hundred years ago that we still cannot fly our cars, and that we still are driving them on our roads. The space race optimism and predictions from the 1960s (Mars in 1990s etc.) are other examples.

“Why are you so negative?” someone may ask. I am not. There’s so much that current AI technologies already do and can do for our private lifestyles and businesses.

Autonomous cars are just a perfect example of AI-hype and the reality is … much more pragmatic, but no less interesting. The time for autonomous cars will come, but much later than predicted.

Citizen developers taking IT over

According to the prediction, after 2040 the majority of business IT solutions will be created by non-IT personnel.

We addressed this trend before in the software development space but also within data management and processing.

For professional developers it’s high time to embrace the tools meant for … “amateurs” and learn how to collaborate within the mixed teams in order to create better digital experiences together. There’s plenty of work for everyone, so don’t entrench yourselves; I am talking to all you pros. 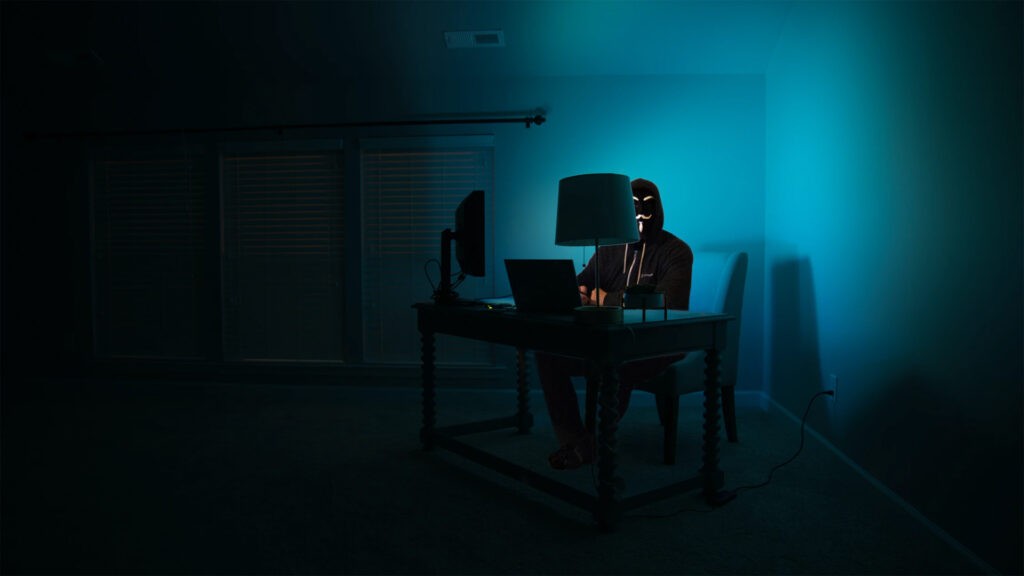 The recent WhiteHat security company report indicates that the average time to fix known critical security vulnerability has increased to a frightening 205 days! A staggering 60% of them are not fixed for over a year! This means that businesses’ and user’s data are exposed for more than half a year before the manufacturer shows mercy and releases the fix. Security vulnerabilities require quick response times as this is a major factor that slows down digitizalization efforts and creates distrust for digital products among billions of people. Step up your game, vendors! Raising awareness of how serious the problem has become is the first step. I hope you are as shocked now as I am. Zero Trust Architecture (ZTA) is one of the key approaches that should be adapted ASAP.

Why write about this announcement? Isn’t desktop OS irrelevant in the 2020s?

Some claim this is just something that boots to launch Chrome browser and that’s it. This might be true for typical consumers and workers with entirely browser based tools and workflows.

But, let’s add to it creative workers using local tools, data scientists, software developers, and designers, and the desktop OS starts to be important again. Its primary role is to provide the same set of APIs and user interface for different hardware setups. This is  where Windows excels the most because Apple tightly controls its ecosystem of software, hardware and services and Microsoft delivers OS for a vast variety of hardware.

Windows 10 was advertised as the last version of Windows to ever be delivered. This has been true for six years. We have experienced many updates with some more and some less significant.

We’ve already admired the advancements in the Windows Subsystem for Linux (WSL) which appeals to more developers. In the meantime, Apple is losing ground with their M1 architecture and poor support for Docker and Kubernetes (x86 images).

The operating system is used by billions of users worldwide including the majority of office workers. Despite the growing popularity of the new line of MacBooks from Apple and Chromebooks from Google, Windows, whether you like it or not, will continue to dominate the desktop landscape.

Is it really a significant upgrade?

The first suspicion in the tech world was that Microsoft was simply fed up with releasing yet another Windows 10 update which was dull and pretty much unnoticed, so the company decided to rename the next update as Windows 11 instead of Windows 10.

The new release will be a free upgrade for existing Windows 10 users, but only for computers with recent hardware (newer generations of CPUs, TPM 2.0). So this time there is going to be a clear cutoff. There will be older hardware that could still be capable of running Windows 11, but it will be left out in the cold. The details are not precise enough and are subject to change, so I won’t speculate here (for instance which generation of Intel Core processors is going to be supported and which are not).

This new major release is also supposed to help hardware manufacturers (OEMs) to launch new products with Windows 11, which is one of its big selling points. New hardware with new OS used to be a thing in the past, before Windows 10, but this idea stopped with the continuous release cycles of Windows 10 updates; it was just Windows 10 for so many years.

According to the majority of observers the number and depth of changes warranted a new OS number. Let’s review them now. 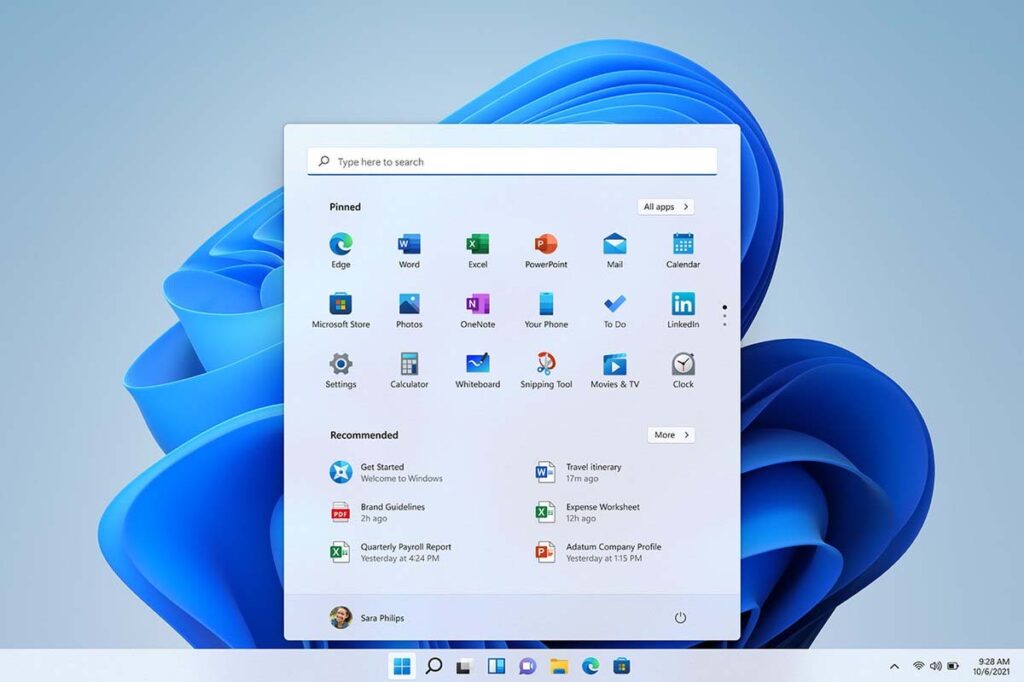 Windows 11 seems to borrow visual clues from its predecessor Windows 7 and the  MacOS BigSur. Microsoft’s own acrylic design has already been around for a few years and was partially implemented in the latest Windows 10 updates.

MacOS inspirations are visible in rounded windows and dialog boxes, and Windows 7 is back with translucent windows and a glassy look.

Let’s also notice inspirations from the modern neumorphism trend in the visual design.

The TPM (Trusted Platform Module) in version 2.0 is a requirement for Windows 11. Something that normal users never notice nor care about is something that created a bit of anxiety within the PC builders community. TPM modules for custom PCs were sold out immediately after the announcement of Windows 11. PC builders were initially worried about it, claiming that it may mark the end of custom built PCs, especially for PC gamers. The entire era was built around the concept of buying custom components, building PCs and then installing Windows on them. On the positive side, we should notice that almost all of the latest hardware has TPM 2.0 built-in.

What? Yes, Microsoft will enable Android apps to run natively in Windows 11 and they have partnered with Amazon to enable access to the Amazon Android application store.

It’s an alternative to the official Google Play store but it is not as rich as the one from Google. Plus, all of the applications from Amazon are not based on Google runtime, so no Google Maps, etc. I used this store personally when I ungooglified my personal phone years ago and it’s doable, but for many users it will be very inconvenient.

At least the store is backed by a serious business partner, so it won’t be a mess with pirated APK files of which many of them have injected vulnerabilities.

The main practical problem seems to be that there are not many x86 Android applications. Android phones (and tablets) usually run on ARM-based CPUs. Yes, there are more and more x86 Android apps, but most of them are available … on the official Google Play store, and much less from the Amazon store.

That’s why quite a few analysts think the entire idea is doomed to fail.

There’s no way to hide the fact that the Microsoft ecosystem is lacking a native mobile component (contrary to both Apple and Google) after the catastrophic failures of Windows Phone and Windows Mobile.

For me it’s a nice attempt, albeit late and limited. Microsoft had to respond to the recent events: Apple enabled iOS apps on their ARM-based M1 macbooks and MacMinis, and Google enabled Android apps on their Chromebooks. It’s certainly better to have this option than nothing, but the question is how long is it going to last as the popularity is expected to be limited.

Another recurring theme is the built in communication platforms. In the case of MacOS and iOS, it is iMessage and FaceTime. Microsoft promoted its own Skype in Windows 10, but now Microsoft Teams is all the rage and a natural replacement for Skype. So, the tighter integration of Teams and Windows 11 is not a surprise. Of course, as usual, there are antitrust concerns being voiced and that it’s not fair to provide built-in capabilities; which by the way, wasn’t the case with MacOS with its iMessage/FaceTime tandem.

Another interesting update, I hope. The “hype is dying last” for autonomous cars which is making AI even more practical and demystified as a result. Security is getting worse and worse, and it’s time to finally wake up. Citizen developers and the citizen data scientists movement are accelerating and pros are expected to help by working with them side by side. Microsoft proves that “never say never” applies to the IT world as well, by releasing the new desktop operating system Windows 11.