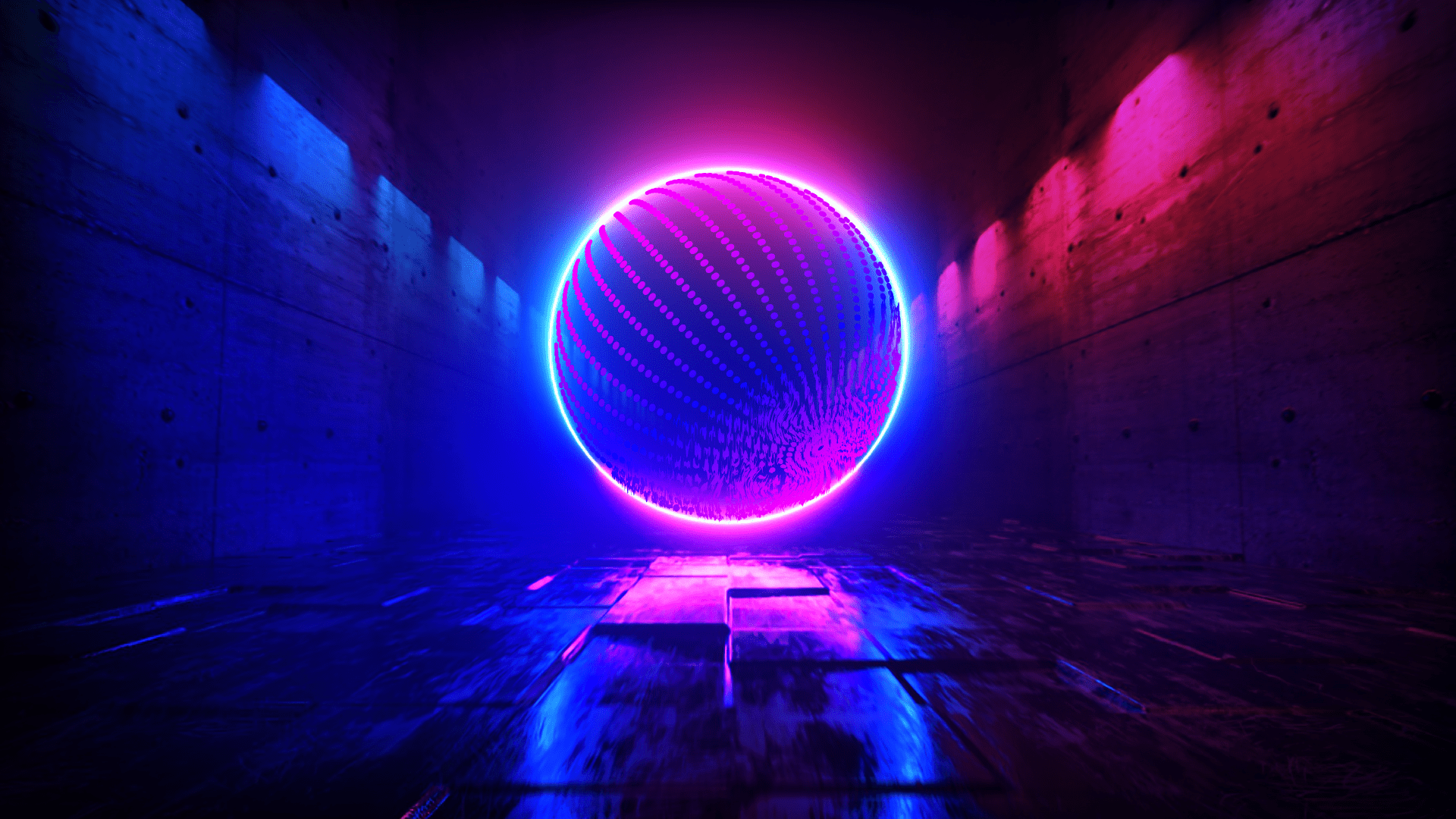 Tens of thousands of news items didn’t make it into any of the nineteen articles in this series. Time flies and tech news seems to fly even faster, and here it is, the 20th edition of Avenga Labs Update. Let’s celebrate with … some fresh news.

The smartphone revolution is complete

Word-wide smartphone shipments have dropped for four quarters in a row (almost 9% decline in 2Q22 according to IDC), so there’s no doubt anymore that smartphones have plateaued and the mobile revolution is complete.

The key players remain Samsung, Apple, and Huawei, although the market is still very fragmented on the Android side, as always.

The smartphone revolution, from the early 2010s, was one of the most important revolutions in the history of not only technology but entire humankind. We gained ubiquitous access to shopping, banking, people around us, and people far away, as well as checking our business and private messages everywhere at any time, and all because of the small and always connected computers inside our pockets. Sharing our entire private and professional lives freely quickly became a habit, and it is not science fiction anymore. Previously, we needed to open the laptop lid, log on, launch a browser, etc. etc., but now we simply respond to notifications and accept payments, and other transactions by simply looking at the screen, which is incredibly fast and oh so convenient. This has been a huge and fundamental change in the history of technology which has totally transformed businesses and the user experience. Of course, smartphones and their software will continue to evolve, with “evolve” being the key word here.

There’s still debate about when and if there will be another such significant revolution, as there is so much shifting landscape on the whole through delivering new experiences, sales channels, and technological challenges. Some are betting on quantum computing, while others believe in AI becoming sentient and reaching human levels of understanding, and even having a conscience.

Minecraft won’t be integrated with NFTs

The Minecraft team rejected NFTs (non-fungible tokens), and anything related to crypto and blockchains in their super popular set of products with its hundreds of millions of users.

This is considered a major setback to the entire Web3 and blockchain community, at least from a PR perspective. Of course, this setback cannot compete with the crypto meltdown of 2022.

The response from the NFT World is that … they are planning to create a Minecraft clone with NFTs being used to sell in-game assets such as locations, buildings, and items.

There’s an ongoing debate about whether they have any chance of success, but it’s nevertheless interesting to see how dedicated they are to NFTs and crypto, and how determined they are to push such a popular product in the direction they believe is the right one.

Amazon Drive is shutting down

What we often receive is tons of targeted marketing content about what’s new in cloud A, B, or C, and to a much lesser extent what services are deprecated and removed. Amazon Drive, as the name strongly suggests, is a customer drive offering from Amazon.

Despite being a dominant player in the cloud space with its AWS offerings, Amazon Drive did not gain a lot of traction or income as a result. And, it will be terminated by the end of 2023.

This news comes as a surprise to many (a ‘big Amazon’ failing to provide a relatively simple online disk service?), but in reality, they didn’t give up easily as Amazon Drive is eleven years old.

Windows users are being steered towards OneDrive automatically once they open the box of their new Windows laptop or start using Microsoft 365 Services at work.

iCloud is pushed in your face whenever you set up a new Apple device and Apple’s One offering is really convenient and relatively cheap.

Google Drive is automatically available to the billions of users of Android phones.

It’s getting harder and harder for 3rd party alternatives to compete with the convenience of these built-in offerings that seamlessly integrate with end devices.

Amazon Photos, a photo storage service, will continue to work and is not planned to be sunsetted by Amazon.

Quantum computers are believed to be able to break current encryption algorithms in minutes and not the millions of years needed by classical computers. They are expected to be an economically viable option that can break all the popular algorithms.

That would be a total disaster for not just e-commerce, but also for the entire global economy. Online transactions not being safe anymore will mean a worldwide tragedy.

This is very well known because it sells pretty well as a doom and gloom message every time someone mentions quantum computers and computing.

What the authors of such articles are often silent about is that scientists all over the world are preparing us for this crisis without making too much fuss about it.

New generations of post-quantum algorithms that are resistant to quantum computing advantages will replace the current family of algorithms. It will be a painful process and many devices will be left in the cold as a result, but this is what is going to happen. There’s no doubt about it.

But, there is doubt about which post-quantum algorithm will survive and will set the new standards.

The US Department of Commerce’s National Institute of Standards and Technology (NIST) selected four algorithms to be tested against vulnerabilities.

And… one of them, called Supersingular Isogeny Key Encapsulation  (SIKE) was, well, totally annihilated by the single core PC in one hour!

Of course, there are at least three others, but it’s hard to have confidence that it won’t happen again and again. And, the time is running out for post-quantum algorithms to replace the classical ones in order to save us from the incoming disaster.

I promised myself not to become a harbinger of doom, so let’s keep our fingers crossed for this entire post-quantum crypto transition to work well.

Creating new and better alternatives for older languages is nothing new. C++ was built as a major improvement over C, Kotlin over Java, and TypeScript over JavaScript. And, C++ was expected to be replaced by Go for server services development and by Rust in general.

Microsoft likes Rust; even Linus Torvalds was considering using it for Linux Kernel in the future. So it became clear that the post-C++ future meant Rust. But, Google has chosen their own way with their new language called Carbon.

Google is well known for its technological advancements and for creating its own languages and low-level technologies.

What is really interesting and unique about this move is that Google engineers did not criticize Rust and they actually encouraged existing Rust developers to continue their projects in Rust.

Carbon wasn’t planned to become a Rust killer, in fact, they share the same goals and many similarities. So again, why did they create Carbon?

Its target is an easier migration from large C++ codebases and it promises to make it easier than the migration to Rust.

Carbon is open to the public community with strict rules that no single contributor can exceed 50% of the committed code base.

Will it be successful? There are serious doubts about it given the fate of so many Google initiatives that have failed (everybody seems to mention the Dart language as an example).

Only time will tell, and I consider Carbon a piece of good news. It’s great that there are other options than Rust coming from a serious digital player. I expect both languages to borrow features and solutions from each other.

We have to keep in mind that Rust is a much safer choice now than Carbon as it’s more mature and its adoption is much much higher (albeit still niche).

Linus Torvalds decided it was time to announce the Linux 6.0 kernel release candidate. The number of changed code lines exceeds one million this time, which is much higher than previously.

The Rust code didn’t make it this time and is not part of the new Linux kernel, but its day will come.

There are thousands of changes, especially in the performance optimization department as well as support for the latest hardware. It’s hard to identify a single major new feature, as it’s more of a large improvement by thousands of small steps.

Linus’ own words describe this release in the following way:

“The stats look pretty normal, with roughly 60% driver updates (all over, but gpu, networking and sound are the big updates – again, that’s pretty much par for the course). The rest is a mix of arch updates, filesystems, tooling, and just random changes all over.”

The final release is expected to arrive in the autumn of 2022.

The internet in space

The Defense Advanced Research Projects Agency (DARPA), yes the same DARPA that created the foundations of the Internet (ARPANET) for all of us earthlings living on our planet, now is working on Space-BACN.

Space-Based Adaptive Communications Node (Space-BACN) looks like another SpaceLink kind of network that uses clusters of satellites in the low orbits of Earth.

But, its goals are different from SpaceLink. DARPA is attempting to solve the problem of orbit-based Internet fragmentation and satellite silos by providing protocols and solutions for thousands of satellites so that they are able to communicate with each other.

And, they are not planning to do it alone, because they have invited Intel, Amazon, and SpaceX to join the project.

I believe this partnership significantly increases the chances of the project succeeding.

Meanwhile on the surface of Earth

Millions of people suffer from increased costs of living, the scarcity of natural resources, along with production shortages.  Of course, this includes our fellow Ukrainian friends and Avenga people who are suffering the most because of the brutal war of aggression.

And, there’s no surprise here that more and more tech employees are increasingly putting pressure on their employers to work remotely, however, this time it is motivated (also) by the sky-rocketing energy, gas, food, and commute costs.

The Greenhouse company surveyed employees and 75% want to have at least a hybrid option for work.

This is another reason why there’s no simple comeback to “as it was” before 2020, and I don’t believe there will ever be a return to as it was.

(Only?) 93% of IT leaders struggle with application modernization

I wanted to end this news update with something funnier than the previous news.

Legacy improvements, refactorings, technology, and UX upgrades are hard and we all know that. Software engineers would rather start from scratch than keep older systems alive, secure, and relevant for modern technology and business needs.   The cloud consulting company Asperistas published their latest report claiming that almost all of the IT leaders’ (150 surveyed) population struggles with application modernization.

The only thing that bothers me here is why isn’t it 100%.  This is the only surprise for me and I think for you too. What happened to the other 7%? They didn’t say.

This time it was hard for me to… pick the best out of so many interesting things that are happening in the technology / IT sphere. The technology world keeps on turning and new interesting technologies are emerging while some have plateaued, and some have almost silently disappeared. I hope you found my picks of news interesting in this Avenga Labs update.