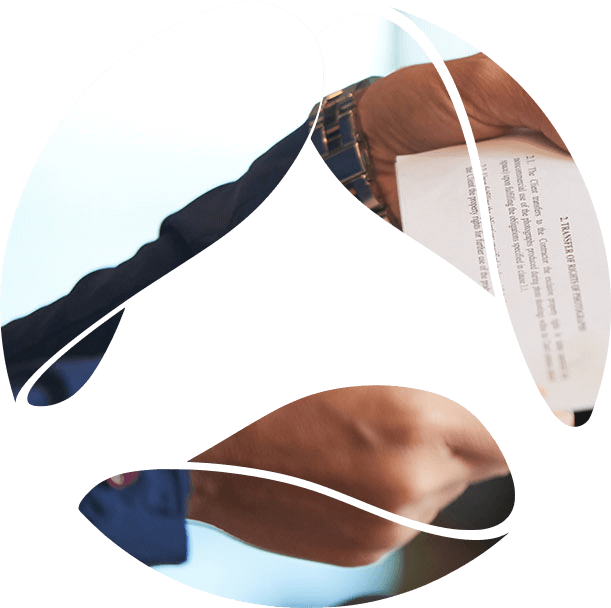 What is IR35
and How Does
It Affect
Businesses
in the UK?

IR35, the widely and wildly discussed anti-avoidance tax legislation from the UK, should have been put into action in April 2020. However, the government made adjustments due to the COVID-19 pandemic and postponed this reform until April 2021.

This legislation has already caused a stir, and business circles are actively discussing two states of life and livelihood—one before IR35 and one after. Since the day the law comes into force is approaching relentlessly, let’s see what is going on with off-payroll working rules and answer the most vexing questions raised by IR35.

What is IR35 in a nutshell?

Although the concept was introduced in 2000, the question “what is IR35” remains open even today. So let’s start from square one. Being a part of tax legislation, IR35 is an anti-tax avoidance rule called to distinguish a genuine business from the so-called ‘disguised employee.’ It is applied to all contractors and freelancers who do not fall under HM Revenue and Customs (HMRC) definition of being self-employed.

IR35 is called to regulate employment relations and taxation policy for limited company contractors who act more like employees of their end clients than providing a particular B2B service. An employee pays income tax and national insurance (NICs), often lacking the opportunity to deduct expenses. But, interestingly, by defining oneself as a limited company to act as a temporary contractor or consultant, a person keeps performing the same employee’s role, but on totally different taxation conditions.

The reality is that contractors, being technically self-employed, are not taxed in the same way as average employees, paying less income tax. Furthermore, the client company saves the national insurance. HMRC considers it as deprivation of tax revenue and enrolls IR35 to combat this phenomenon, which is especially popular within the IT industry.

So, with the introduction of IR35 in the private sector, the businesses have nothing to do but accept it and get ready. The introduction of this policy will level the rate of income tax and NICs for the contractor and those directly employed.

Contractors inside IR35—are there any advantages for them?

In the new reality, it appears that the biggest advantage of working within IR35 is complying with the law and not being liable to prosecution for breaking the UK law. Other benefits seem vague for now. But first of all, any contractor should make out whether they are inside IR35 or outside it.

However, by operating as an “inside IR35” contractor, a person won’t get all the employee benefits like holiday and sick pay, dismissal rights, pension contributions, etc. Not until one becomes a real employee of a particular company.

Contractors often wish to remain outside IR35, and for a good reason. They wish to continue choosing assignments and work within the genuine paradigm of self-employment instead of being involved in new, intricate client-contractor relations. However, both clients and contractors should take due diligence while stating the “outside IR35 status.” Otherwise, if this status isn’t proven, they will be liable for the unpaid taxes.

There are a set of recommendations based on evaluating whether an organization or individual is likely to breach the IR35 regulation. Avenga has published a whitepaper on how to mitigate the influence of IR35, you can assess it here. 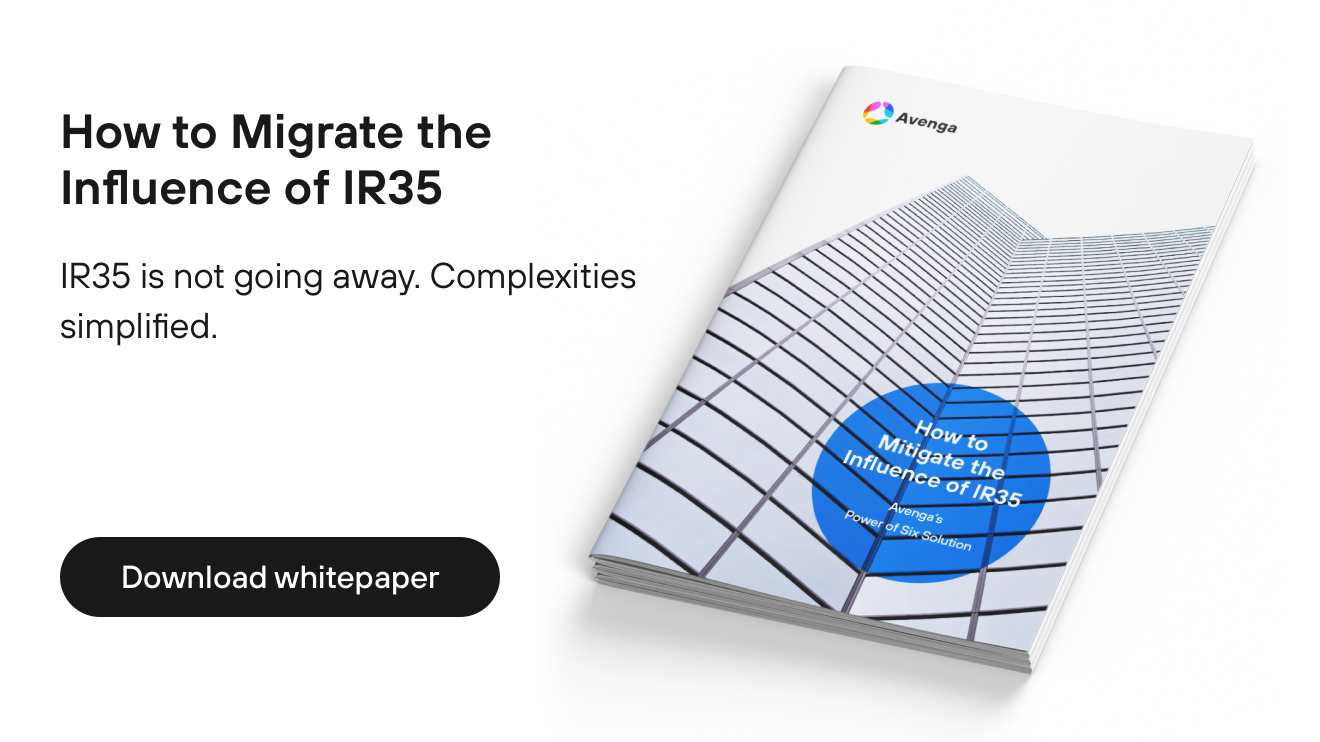 Did big companies manage to adapt to IR35 changes in 2020?

As long as small businesses have their exemption from the IR35, the large and medium-sized companies will take the rap. According to HMRC, large and medium-sized businesses are responsible for violations the officials have been struggling for years since the very idea of IR35 was born. The self-employed market had changed with the rise of the ‘gig economy,’ increasing the interest of big companies in lower-paid self-employed workers.

To be considered small, companies have to meet two or more of the following:

Potential risks IR35 poses to the private sector are connected to the unfavourable behaviour of contractors. If the contractors are leaving the organisation, as they probably will, finding themselves in challenging circumstances, client organisations might face project delays and shutdowns. Scalability of projects and organisational agility are also in question. So finding and retaining key personnel becomes a prerogative for many organisations. However, it might entail increased costs and losing control of delivery timelines.

So what were the steps made by the companies to adapt to IR35 in 2020 and what is about to happen in 2021? Some ideas below:

Although the government promises to take a light-touch approach to penalties in the first year of the new rules, it’s always better to take precautions.

Will IR35 force contractors to up their rates?

There are opinions suggesting IR35 will cause contractors and consultants to increase their rates, supported by learnings from a similar reform in the public sector which took part in 2017. In response to the reform by IR35 in the public sector, organisations did face an increase in rates. All because of the decision made by numerous public organisations to adopt blanket policies—no matter what the individual circumstances are, all contractors are deemed inside IR35.

By cause-and-effect relationship, the public sector lacked a skilled workforce, which, in turn, provoked an increase in rates for the remaining contractors. This way, contractors that remained received compensation for the raised tax liability.

Will we witness the same consequence of IR35 in the private sector? It definitely poses risks to the companies working with small contractors and independent consultants. Precautions related to IR35 may reduce the supply of available contractors and once again increase rates. However, due to their innate flexibility, private sector companies might allow proper contracts genuinely reflecting fixed price, arms-length and other types of arrangement. In this case, the impact of IR35 on private sector rates will be minimal.

As of today, there is no precise answer to the question of whether the market will face a considerable increase in rates. What is clear is that people will think twice about working as self-employed under PAYE conditions, while those who will remain inside IR35 will probably increase rates to cover new taxes. Nevertheless, one doesn’t have to forget that rates for contractors are determined by market demand, massive increase is hardly likely.

Huge project delays as a potential implication of IR35 in 2021

IR35 hasn’t even come into effect, but there are huge projects already suffering from it’s consequences. One of the high-profile cases is connected with Crossrail—a large railway construction project underway mainly in central London.

It is said that key personnel, who are supposed to carry out assurance works, won’t fulfill their duties because of the changes enforced by IR35 legislation. As you might guess, the majority of assurance workers carry out their duties through Ltd companies. The main speculation goes around whether the current contracts with the workers will run out next month or will Crossrail, or its contractors, offer full-time employment to keep them on board.

Such complex programs as Crossrail are being carried out under tight political attention and are always difficult to plan, budget and maintain. Nevertheless, IR35 rules only add complexity and aren’t beneficial to the project programme at all. Finding IR35-compliant contractors takes time and often means attracting such service providers as contractors umbrella or offshore vendors, which is often time-sapping and expensive. 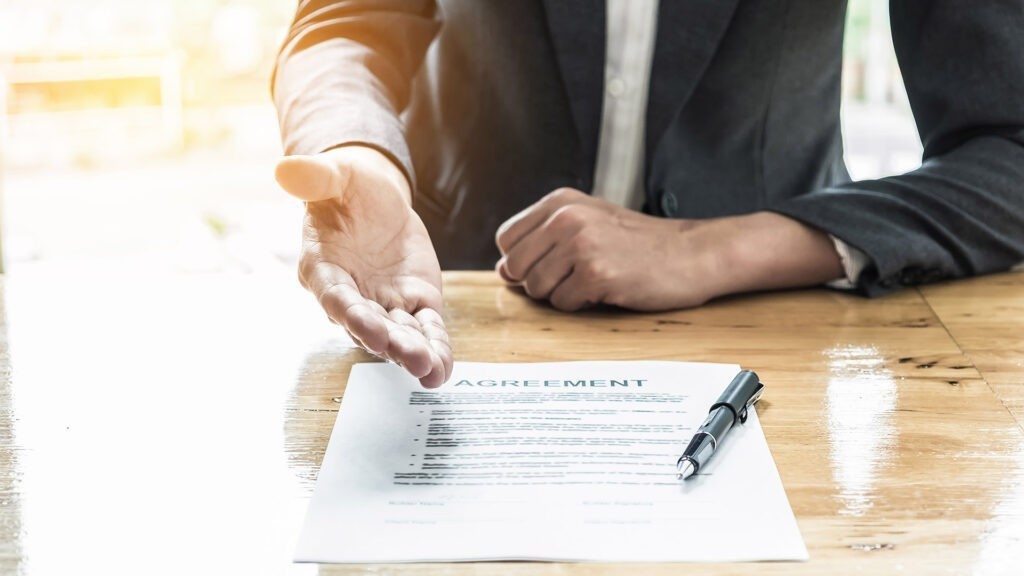 What is the future of IT contractors in the UK once the IR35 rules are enforced?

Right after April 2021, certain organisations may decide to move IT contractors onto an employment contract. Another option is to engage a contractor through an agency rather than directly or even continue cooperation through a limited company but on completely different terms.

In this respect, it appears that IT contractors are left with the following options:

Each of these options has its own peculiarities, while the majority of them are still drawbacks. Even if contractors are willing to abandon their limited companies and be hired as regular employees, it’s still a big question whether their employers are ready to take additional financial burden.

Another option is employment through a contractor umbrella, which supplies clients with contract staff, presenting them through a single bill. However, it isn’t the most favourable option for IT contractors as it usually entails 5-15% fees, depending on the contract.

Moreover, when a contractor works for an umbrella company, it doesn’t necessarily involve being outside IR35. HMRC will find whom to make liable, be it either the client or umbrella company, and additional taxation will have to be paid.

How Avenga can help mitigate the impact of IR35

The disputes over IR35 won’t subside overnight. Fair or unfair, moral or immoral, the off-payroll working rules will come into effect. What will really make a difference is whether a company is ready to follow the new rules of the game. There are no doubts the businesses will face challenges, and the majority of them will be caused by the talent gap and losing key experts occupying business-critical offices. But the experienced technological partners know how to tackle them.

Avenga offers a fresh perspective on the IR35 issues with a unique, agile and flexible approach. Due to the very special nature of relations Avenga develops with the clients, we know their pain points and how to cure them with the 6-step solution.