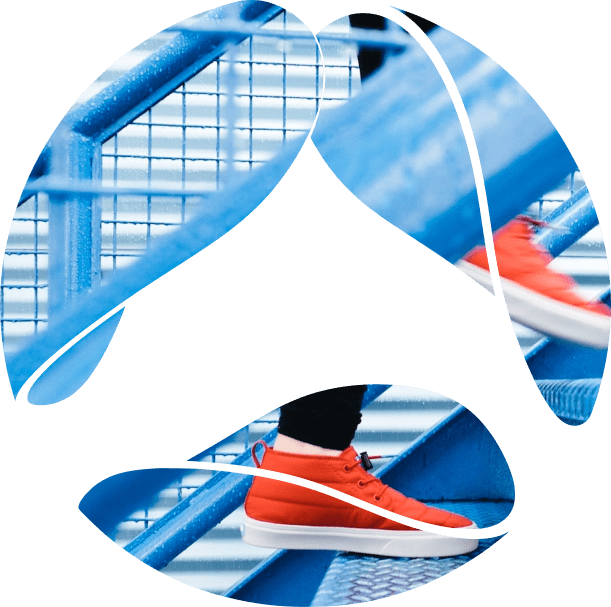 Avenga Labs
update 017
The IT world
goes on

As much as our attention is disturbed by the world news, the tech world keeps on turning and is not slowing down, not at all.

Elon Musk buying Twitter is not something I will talk about here, as there is more interesting news from a digital enterprise point of view to discuss.

This issue of Avenga Lab’s Update is focused on the evolutions of Ubuntu, Rust, and NodeJS, as well as a new service from Amazon, new stats about enterprise cloud adoption and new rules for tech giants (EU).

Ubuntu and its derivatives are the most popular Linux distributions on desktop, especially among developers and data engineers. There are two releases per year, both of which deliver new features and improvements, however what is most important are the Long Term Support (LTS) releases supported for five consecutive years.

Most runtimes and libraries target LTS releases. They are more stable and secure, so it’s usually worth waiting for the next LTS release to upgrade workstations or servers.

Gnome, the default graphical shell, has been upgraded to version 42 and multi-monitor support is improved, and there’s also an improved screen capture tool. A new color picker for accents enables more visual customization.

There are also performance enhancements, such as triple buffering that increases the rendering frame rate (meaning – a more fluid user experience).

The optimizations are so great that Canonical claims this release is perfectly fine, even for  Raspberry PI 4 with a “whopping” … 2 GB RAM.

Also available at … the Microsoft Store.

There is great hope that Rust will replace C and C++ in the majority of applications, especially systems. The language delivers high performance and a degree of memory protection in stark contrast to the C-family languages.

The issue here is that the Rust adoption time for new developers switching from other languages is estimated to be from three to six months and it’s one of the key barriers to adoption.

But, the language in itself is celebrating a new release.

Didn’t catch all of that? Do not worry, the roadmap for Rust 2024 is focused on simplifying the language and reducing adoption barriers for newcomers.

What is the all-cloud number?

The Foundry survey analyzed cloud adoption, and this time there’s more focus on all-cloud adoption. All-cloud means that a given company or organization has completely removed their on-prem infrastructure and is one hundred percent in the cloud.

This number right now is very low, at 7%, but is expected to at least double in the next 18 months. ‘Mostly cloud’ companies represent 34% and ‘mostly on-prem’ companies are the majority with 50%. And, this is an “I told you so moment”, and I’m referring to hybrid clouds of course. They will stay for a long time, but they’re slowly but surely giving way to all-cloud infrastructures.

NodeJS 18 is a long-term support version, which is why it’s more important than other regular releases.

The V8 JavaScript engine has been updated with new language features and improved performance.

What is more interesting is a built-in Test Runner. The node:test core module supports running tests out of the box. It’s a nice addition, but every developer already has their test runtime of choice, and the core module is somewhat limited in alternatives, so I don’t expect a rapid adoption.

Support for Streams API allows us to process data incrementally in a true streaming fashion, especially large streams of data like multimedia files.

The gap between JavaScript in the browser and JavaScript on the server-side is reduced again by adding ‘fetch’ to NodeJS 18.

NodeJS adoption is growing, especially in public cloud environments, so it’s great to see that the language is evolving and becoming an even more interesting option to choose from.

Amplify Studio is a visual tool for creating web applications using many prepackaged components and visual elements, integrating them with the Figma design tool. It also promises an easy binding of visual forms with backend data services, something that is a key element of low code platforms.

They promise that the backend infrastructure can be set up in minutes and provide high security, performance and scalability.

Another important proof that AWS is not giving up in the fiercely competitive low code market is that their strength is their vast user base and their great set of backend services, however, their weakness is a lesser end to end integration compared to . . . the Microsoft ecosystem.

U.S. tech giants now will have an even harder time in the European Union (EU) and will be forced to protect the digital rights of their customers in Europe.

“We have a deal on the DSA: The Digital Services Act will make sure that what is illegal offline is also seen and dealt with as illegal online – not as a slogan, as reality,” Vestager (Executive Vice-President of the European Commission for a Europe fit for the Digital Age) said.

DSA allows the EU to fine tech giants with up to 6% of their global turnover for significant violations and even ban them altogether from European cyberspace when they continue to breach this new EU law.

What is banned includes targeted advertising aimed at children or based on sensitive data such as religion, gender, race and political opinions. Malicious tactics that mislead people into giving away their personal data are also forbidden.

Who will pay for monitoring all those activities and probable violations? Will it be EU taxpayers? Not this time. The costs will be covered by the digital players and be deducted from their revenue (up to 0.05%).

The tech world progress goes on and on, and yes, even our browsers turned version 100, at least. Until next time!