Computer Games You Should Try 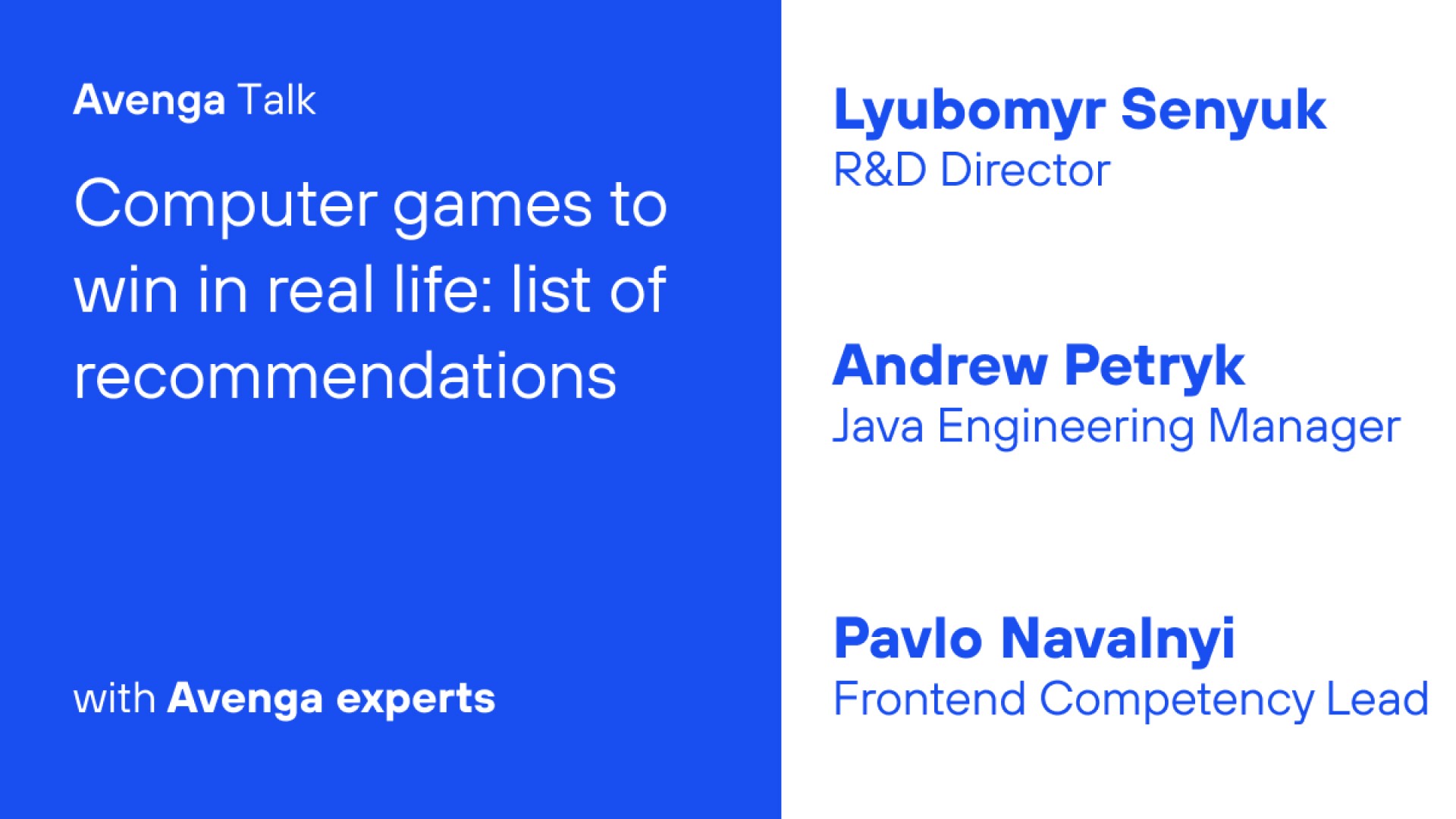 What is a game in general? Game is like real life but in a bit changed environment: with more straightforward rules, easier and quicker rewards. Our brain likes to play games because it’s fun, and later these training patterns help us solve a much more complicated puzzle, the puzzle of life.

My personal recommendation is Factorio. The official release is planned for September 25, 2020, but early access has been available since 2016. I would categorize this game as a logistics-centered real-time construction strategy. The goal is to develop the industry from scratch, build the rocket, and leave the planet full of alien creatures.

It might sound like some boring stuff related to the classical strategies, but it’s not, programmers should try this game. It uncovers the importance of strategic and tactical thinking balance while architecting complex systems precisely as in real life.

The arsenal of the player starts from manual tools and ends with drone-based logistic and construction networks. You can also control machinery interactions using a signal programming language. For real geeks, it is even possible to create modes using the Lua script. The game also supports a multiplayer mode.

I recommend all developers and managers to try Factorio. I was even thinking about using this game during the candidates’ interviews because, as you remember, “the game is like real life…”

It was easy for me to find the person for the next recommendation, I just talked to the guy who is optimizing our Java bench with an R&D project called Data Science in Dota.

I have been a gamer for as long as I can remember. It’s not a trivial task to pick up one game. But, if I had to, it would only be the Elder Scrolls III: Morrowind. My passion for a role-playing game started with this game. Back in 2002, it was a blast. A vast map, detailed plot, non-player characters (NPC) lived their lives!

How could it be useful for the developers? Well, it is full of exploits you can find and use. Because it was released in 2002, only a small percentage of NPCs had voice lines, so you had to read a lot, thus, improving your English.

It’s impossible to pick your favorite game because there are tons of great games out there, and all of them are excellent in their unique way. I can chat about games for hours and recommend one for any taste and liking. Still, I decided to stick to the one that will resonate with those people who spent a lot of time in front of their PCs in the late 90th, i.e., basically, the majority of the modern developers. And the game is DOOM.

The legendary shooter, currently regaining its popularity due to the addition of two new installments to the series: DOOM (2016) and DOOM Eternal. I would highly recommend the first one of those two, DOOM (2016), as it’s much closer to the origins of the series than the newest release.

Although it’s not particularly useful for the developers, it still improves your reaction speed, spatial awareness, and quick decision making as all other dynamic first-person shooter games (FPS) do.

Besides, it’s very nostalgic since it allows you to put on the Doomguy suit, grab your beloved chainsaw or the infamous double-barreled shotgun and start slaying much-missed Imps and Cacodemons left and right, searching for well-hidden secrets along the way!

And for those of you seeking an even stronger nostalgia hit, there are remasters of the original DOOM and DOOM II available for you to run on the modern PCs/Consoles 🙂

Beware of recruitment scams! We will never ask you to pay for anything.